The loft’s main floor features an inviting foyer, a flexible family / bonus room, a luxurious common bathroom, and a bedroom with a stunning window line and deeded balcony. Above the main floor, the entertaining level offers a dramatic double-height window line in a large open living area, a separate dining area, and a central open kitchen. The kitchen includes a premium appliance suite, custom cabinetry; and new quartz countertops. A common full bathroom is also available from the 2nd level.  The third floor contains the generously-sized lofted bedroom, which overlooks the dining and living room, and offers a unique, open curved ceiling. Completing this offering is secure 1-car parking, additional storage, and in-unit laundry.

2002 3rd Street is a boutique loft development consisting of 38 modern lofts, with close proximity to all daily essentials including shopping, cafes, fine local restaurants, public parks and parklets. A central location close to freeways and main thoroughfares provides for a convenient commute whether it’s across the Bay Bridge, to I-280, I-101 or via Caltrain, the 3rd Street Light Rail, or shuttle services.  Residents love the vibe of the city’s newest park—the 7-acre—Crane Cove Park, the energy of the iconic Chase Stadium, and local hotspots that include Neighbor Bakehouse, Magnolia Brewing,  Hard Knox Café, and The Plant Organic Café. 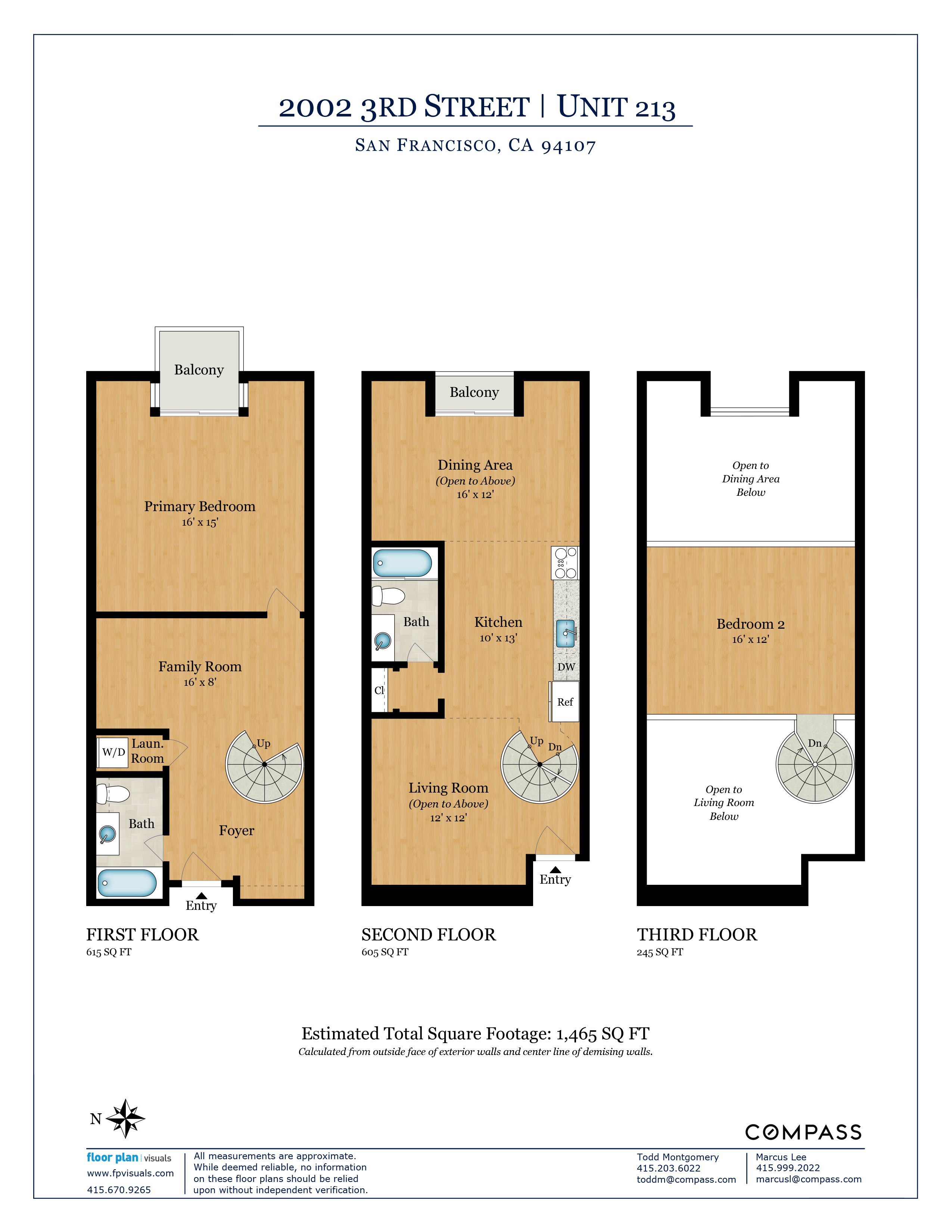 Bordered by Portrero Hill to the west, Mission Bay to the north, and Hunter’s Point and Bayview to the south, the Dogpatch is a neighborhood both old and young. It is old insofar as it has been populated since the early days of San Francisco, when its proximity to the placid Bay made it an ideal location for shipping and industry. A great deal of its housing stock, including some of San Francisco’s oldest homes, date back to the nineteenth century. But on the other hand, it is a neighborhood that has developed an entirely new identity over the course of the past two to three decades, beginning with the Esprit clothing company’s decision to make the neighborhood its corporate headquarters during the early 1990s. (Esprit has since moved on, leaving only a namesake park on the land it donated to the city.) Since then, waves of interest among younger San Franciscans, regarding it as a more affordable extension of the Mission and Portrero Hill, have transformed the Dogpatch into an art and design epicenter. Older industrial buildings remain, but many of them have been divided up into loft-like live-work spaces, their facades and rooflines still contributing to the urban tableau.

A curiosity, and also something of a mystery, the name “Dogpatch” was most likely a reference either to the dog fennel that still grows wild given the chance, or to the fictious setting of the Li’l Abner comic strip, with the distinct possibility that the two combined as Abner and Daisy Mae’s antics gained popularity during the mid 1930s. Today the area is anything but a fallow field or nondescript backwater. The entire neighborhood is dotted with exciting restaurants, cafés, bars, breweries, and boutiques, with the preponderance situated along 3rd Street. It enjoys some waterfrontage in its northeast corner, much of it claimed by a couple of worthy restaurants and bars with plenty of outdoor seating and welcoming attitude towards parties who wish to enjoy their drinks—and the Dogpatch’s unusual good weather—at great length. Alongside enough galleries to qualify the neighborhood an arts district, it is also home to the Museum of Craft & Design, which hosts a program of varied and sometimes quite ambitious exhibitions. It is also the next best thing to a transportation hub, featuring a stop on the CalTrain commuter rail, with service to San Jose (and many points in-between), as well as three stops on the T-Third MUNI light rail, which stretches from Bayshore in the south to the cusp of downtown in the north. The rail service also adds considerably to the neighborhood’s charm, chiming both with the vestiges of its industrial past and with its dynamic present as a vibrant place where people live, create, and enjoy life.